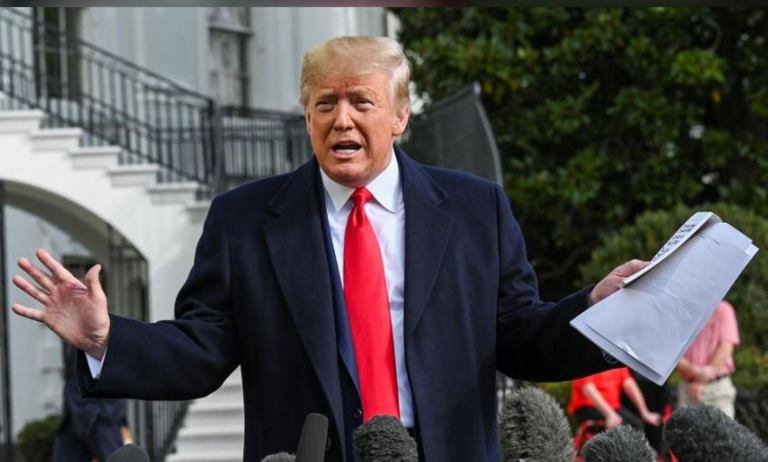 By Nwafor Sunday Iran has offered to give $80 million (£60 million) to anyone that would get her the head of the United States President, Donald Trump. This huge bounty was placed because of the killing of the Iranian General Qasem Soleimani. Disclosing this, according to Metro.co.uk, the organiser of the funeral of Soleimani on Monday called on every Iranian to donate $1 to fund a bounty on Donald Trump. His words, “On behalf of all of Iran’s people – 80 million Iranians – and each puts aside US$1, it would equal $80million. NRC bows to pressure, introduces e-ticketing “And we would give this $80million, on our own behalf, as a gift to anyone who brings the head of the person who ordered the murder of the grand figure of our revolution. “Anyone who brings us the head of this yellow-haired lunatic, we would give him $80million on behalf of the great Iranian nation. Chant if you agree.” Recall that Soleimani was killed last week after a US drone strike on his convoy at Baghdad airport.  Miffed by his death, Iranian MP Abolfazl Abutorabi warned the country could respond to the general’s death on US soil. His words, “We can attack the White House itself, we can respond to them on the American soil. “We have the power, and God willing we will respond in an appropriate time. “This is a declaration of war, which means if you hesitate you lose. “When someone declares war do you want to respond to the bullets with flowers? They will shoot you in the head.” Trump to Iraq: Expect sanctions if US troops are expelled Reacting to Abutorabi’s threat, Trump via his official twitter handle opined that “Let this serve as a warning that if Iran strikes any Americans or American assets, we have targeted 52 Iranian sites (representing the 52 American hostages taken by Iran many years ago)”. However, the US government has warned its citizens to be cautious of their movement in response to the recent world events. Disclosing this in a statement published in the United States embassy’s website, US admonished its countrymen to review their personal security measures. Vanguard