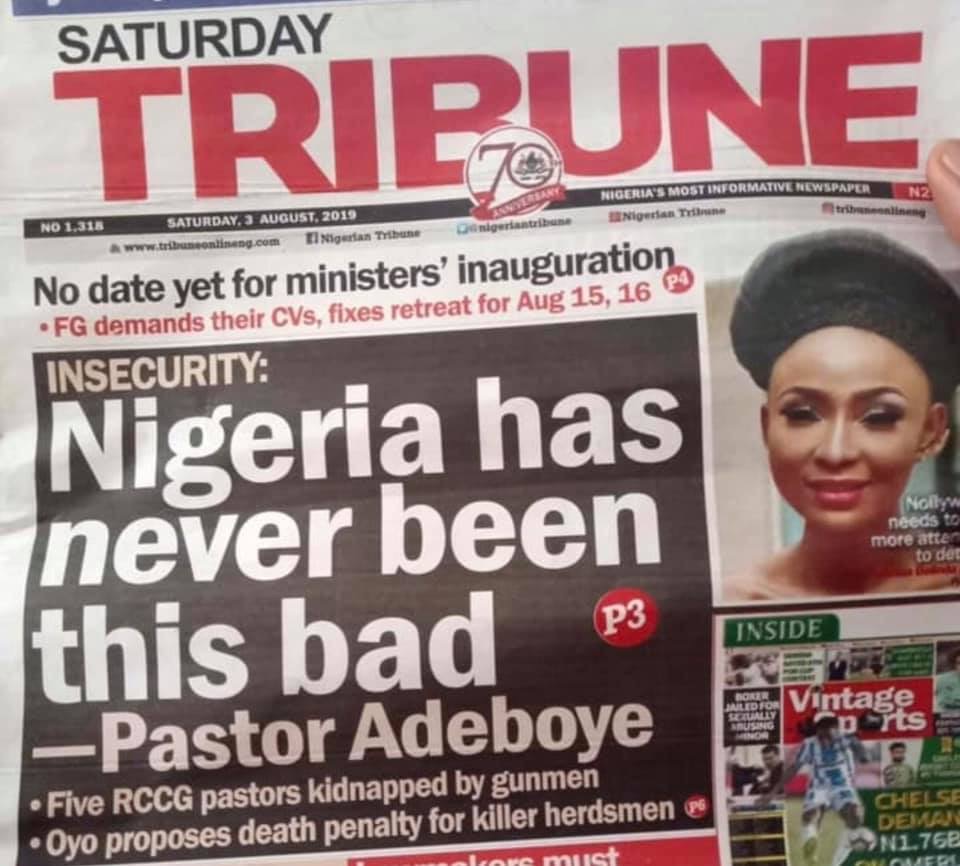 How I Escaped From Fulani Herdsmen Kidnappers – – RCCG Pastor Chidimma.

Mrs. Ibelegbo Chidimma, The only female among the five persons kidnapped in Ogbere area of Ijebu-Ode last Thursday, has narrated how she escaped from their kidnappers.

Chidimma, a pastor at the Redeemed Christian Church of God, was kidnapped alongside four others (all male) on Thursday around the J3 forest on Ogbere Road, in Ijebu-East Local Government Area of the state.

She said she was travelling from Asaba, Delta State, in the same commercial vehicle with other passengers when their vehicle was stopped in Ogbere by people she described as Fulani herdsmen and marched into the forest alongside four other travellers.

The RCCG had erroneously stated that all the five victims were its pastors.

Chidimma was the first person to escape from the kidnappers’ den in the early hours of Saturday, while the remaining four victims also regained their freedom unhurt, the Ogun State Police Command said.

According to a pastor with the RCCG who refused to be named because she was not authorised to talk with the Press, Chidimma shared her testimony with fellow worshipers at the RCCG’s ongoing Ministers’ Conference in Redemption Camp on the Lagos-Ibadan Expressway.

The minister’s conference holds ahead of the annual Holy Ghost Conference scheduled to commence on Monday.

Our source said Chidimma narrated that immediately after their abduction, the herdsmen marched all the victims into the thick forest and that they all walked for hours, with the herdsmen guarding the victims.

“Almost immediately we reached what appeared to be the camp of our kidnappers, they all fell asleep. Same with the other victims. But I kept awake.

“When I saw how deep everyone was snoring, I braved the odds and made a bid for my escape.

“I walked for about three hours, non-stop, until I made it to the road, where I saw an Okada (commercial motorcycle) operator. “I explained my predicament to him, and he volunteered to help me to a Police checkpoint not far from where I had emerged from the forest.

“The policemen took me to the Ogun State Police Command, where I provided useful information that led to the rescue of the four remaining victims,” Chidimma was quoted to have told the Church gathering.