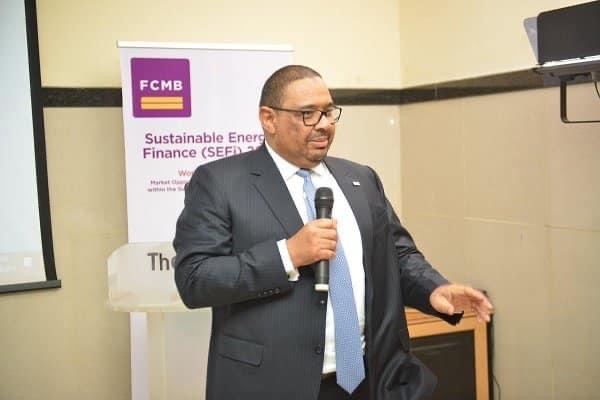 The Managing Director of First City Monument Bank (FCMB), Adam Nuhu has proceeded on leave amid the allegation of marital infidelity.

Sources told TheCable that a panel inaugurated by the bank is currently probing the allegation against Nuru and FCMB is expected to issue a statement on the situation on Wednesday.

Naija News recalls that a group known as the Justice for Tunde Thomas had accused the FCMB MD of allegedly been responsible for the demise of Tunde Thomas, who died of depression on December 16.

The group accused Nuhu of having an affair with Moyo Thomas, the deceased’s wife, resulting in two children.

It alleged that Moyo had informed Tunde that she was leaving Nigeria for the United States with the kids only to call him upon arrival that the children do not belong to him.

The group in a petition addressed to CBN Governor, Godwin Emefiele, CBN governor, and the FCMB’s board, described the case as “an unjustifiable economic oppression by the elites against the less privileged in the society.”