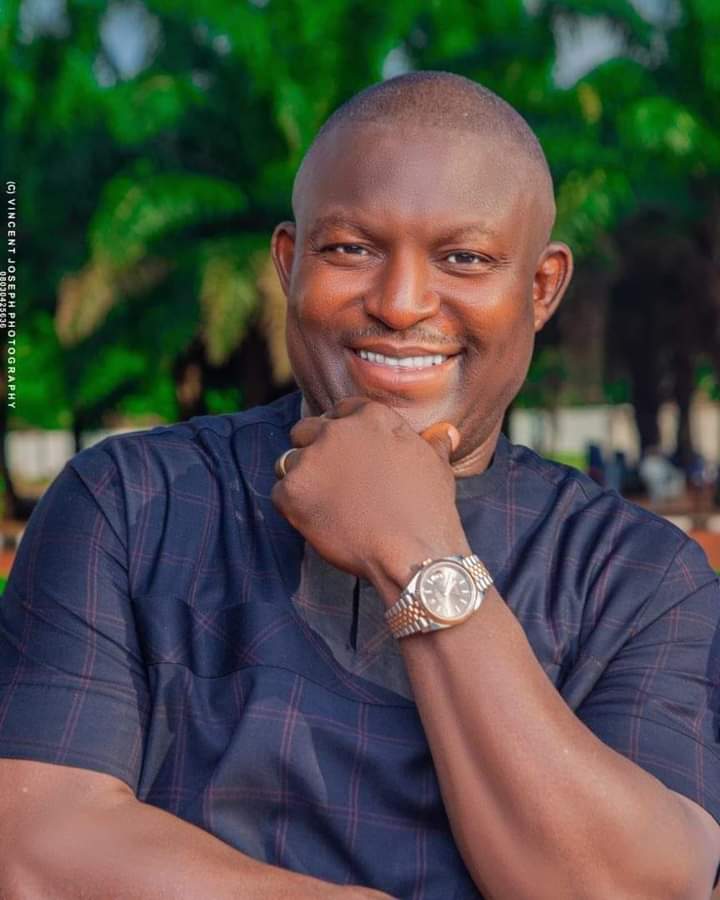 This morning, as usual, Hon Festus Chukwuyem Okoh, aka, Chuky Dandy, will kneel beside his bed for his daily chores of exhortation and long prayers. As a politician, he needs constant pleas to his creator for guidance and protection as many believe that politicians neither keep to their promises nor place collective interest above personal gains. Today’s chores will be different as he marks his birth anniversary. There may be inherent conviction not to mark his birthday with pomp and pageantry but he will certainly fail in the conflict between him and himself over sombre birthday.

The palm wine tapper from Oza-nogogo will be at his gate very early with a keg of unadulterated wine. The aged widow from his maternal village will be seated under one of the palm trees in his compound with gloomy face as her son needs money to return to school. The bus driver who helped ferry party members during the campaigns will seek assistance to replace the faulty engine of his commuter bus. The toddler will be busy playing with the peacock and the aged turtle in the expansive countryside home.

While thinking of solutions to the litany of requests the early callers brought before him, a team of young boys and girls who receives monthly stipends from him, will troupe in with birthday songs and bouquet of flowers. These narrative clearly fits into the schedule of Hon Festus Chukwuyem Okoh today.

The young lawmaker who is often referred to as “Otigbu Enyi”(literally meaning the one that defeats the elephant) by his bag-bearers, has carved a niche for himself long before his foray into partisan politics. When he says he has supported over hundred youths in their quests to seek better life overseas, it’s not a fairytale. In fact, many insinuate that his political career appeared to have lowered his kindness index probably because of huge funding of elections.
Hon Festus Chukwuyem Okoh failed in 2011 when he contested for the House of Representatives to represent Ika Federal Constituency. Despite contesting for House of Assembly under Democratic People’s Party in 2015, a very weak l platform, he roundly defeated the candidate of the People’s Democratic Party, PDP, that also flaunted rich and experienced politicians. It was this uncommon feat that led to the nickname, “Otigbu Enyi”.

He did not get his first PDP ticket on a platter of gold in 2019. There was strong and vocal opposition especially from his contemporaries. Some of us went out of our ways to appeal and lobby the internal opposition tendencies. The reasons for the initial reluctance to support him are genuine and sticky. As soon as he got the party ticket, everybody in his party joined him before the general election.

As intrigues for the 2023 elections are manifesting, some people have gone to town with same agenda of truncating his desire to be returned though the signs are very glaring that the ebullient lawmaker remains unfazed. . Their opposition is not linked to lack of provision of expected dividends. Many unbiased analysts view the clandestine machinations against him as mere raindrops that fall off the duck’s back easily.

When it comes to service delivery, Hon Festus Chukwuyem Okoh, hate or like him, stands ahead of past representatives. His financial war-chest and native intelligence probably give him the elixir to open doors where he cleverly negotiates and attract projects and job opportunities for his constituents. The father and son relationship with Governor Ifeanyi Okowa is another advantage. Another factor is his crude capacity to relate with friends and foes without betraying his knowledge of their dark wishes and premonitions.

It is disturbing that some of his political foes have started to feed falsehood to very vulnerable Ika South constituents. The notorious fact is that my party, the PDP, has only given the lawmaker one ticket in 2019 for the House of Assembly. The beer-parlour talk that the party will not give him a third ticket is not only fruitless but hangs on nothing. The ticket the party will graciously give him this year will be the second. Another reason the party will look in his direction is that he has done very well. It’s therefore foolhardy to deny him the ticket because he exceeded performance benchmark.

If there is anything the people of Ika South desire you, it’s the repositioning of our political representatives for post May 2023. Aside the precedence of a lawmaker who did three uninterrupted tenures in our constituency, our people respectfully need a ranking lawmaker in the state legislature.

Hon Festus Chukwuyem Okoh has mastered the intrigues in the state legislature. We will not succumb to devious lobby for him to throw his hat in the ring for the House of Representatives. Though, it’s our desire and delayed turn of Ika South to get that coveted elective position with the support of political leaders, we do not want hired agents to nudge him on that route. We have hundreds of politicians good enough for that office.

Nature, they say, abhors vacuum. There is a political vacuum in search of filling. There are no signs that Hon Festus Chukwuyem Okoh, is doing anything untoward to occupy the space. However, there are attributes to suggest that he can walk into the gap with our collective support. He is young, schooled, politically experienced, financially solvent, humble with positive trait of stubbornness and above all,very accessible. We can take it from here.
I almost forgot it’s a birthday tribute. Chuky Dandy, happy birthday.