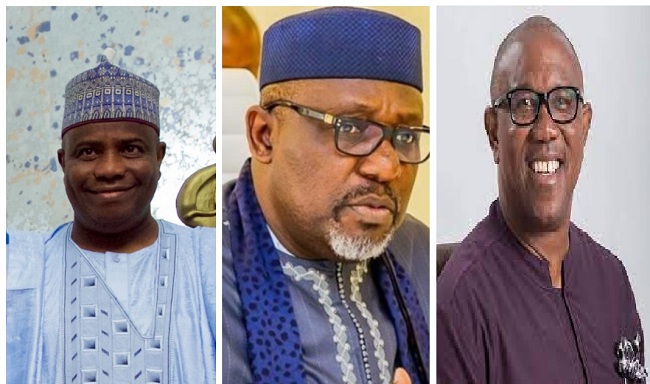 FORMER Imo State governor and senator representing Imo West, Rochas Okorocha, has formally declared his interest in the presidential ticket of the All Progressives Congress (APC). He made the declaration on Monday at the International Conference Centre, Abuja.

The declaration has since increased the number of presidential hopefuls in the APC to four.

Among aspirants who have formally signified interest in the presidential race in the party are former Lagos State governor, Bola Tinubu; Ebonyi State governor, Dave Umahi and a chieftain of the party from Benue State, Moses Ayom.

Okorocha, who expressed concern over the ethnic distrust in the country, said he has the capacity to change the narrative and give every Nigerian a sense of belonging.

On the contentious issue of power rotation and the perceived marginalisation of the South-East, the presidential aspirant who said he was a candidate of justice, not zoning, called on the people of the region to struggle for the nation presidency as he noted “that power isn’t given, but taken.”

Also on Monday, Sokoto State governor, Alhaji Aminu Tambuwal, declared his intentions to begin consultations to contest for president in 2023. The governor stated this while responding to calls by stakeholders and members of his party in the state, endorsing him to be the candidate of the party.

He said he will begin consultations across the country before declaring his intentions to the general public by the end of February 2022.

Earlier, the Peoples Democratic Party (PDP), Sokoto State chapter, had endorsed Tambuwal as the next president of the country.

Rising from a stakeholders’ meeting at the party secretariat in the state, a former deputy governor of the state, Mukhtar Shagari, called on Governor Tambuwal to declare his interest in the presidency.

Meanwhile, former governor of Anambra State, Mr Peter Obi, has said he will contest the 2023 presidential election if the Peoples Democratic Party (PDP) throws it open for all, or zones it to the South.

Obi, who was the running mate on the ticket of the party in 2019 presidential poll, was quoted as saying this during a press interview.

A press release by his media aide, Mr Val Obienyem, quoted Obi as saying that he is capable of turning around the fortunes of the country, but will wait on the decision of the PDP before he declares his intention.